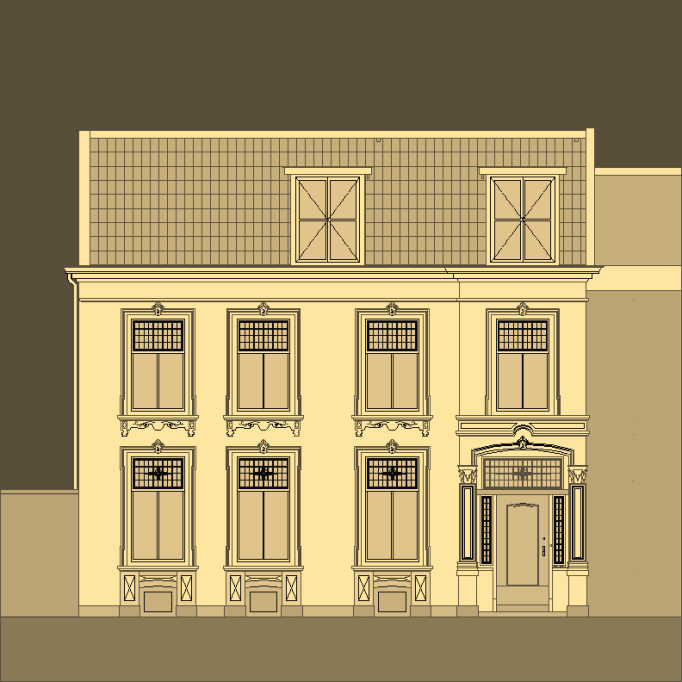 This is a renovation of a listed monument “Springhuys” in the historical centre of Utrecht. It will make the building sustainable using new innovative materials such as Fineo vacuum insulating glazing and superfoil.

“Springhuys” as it is now called was created as part of the claustral yard number 1 of Saint Marie. The open space on the left of the house forms the remainder of the garden.

The building is the left side of a large transverse house that was renovated in the 17th century. The remainder has a four window axes and consists of two storeys, a cellar and a renewed flattened gable roof. The right bay contains the protruding entrance. The windows and door of the entrance have a profiled frame with a crest in terracotta. The rich entrance has pilasters with capitals. The sidelights and fanlights of the entrance and the fanlights in the facade T-windows contain stained glass.
The masonry of the plastered facade has 17th-century sandstone corner blocks on the left, partly chopped off and concealed under the facade finish. The eclectic frame facade of two storeys is topped by a profiled gutter frame. In the corner on the right is an expanded staircase from the ground floor to the attic.

The building has a 19th-century transverse rear house with two storeys and a gable roof with a side shield on the left. 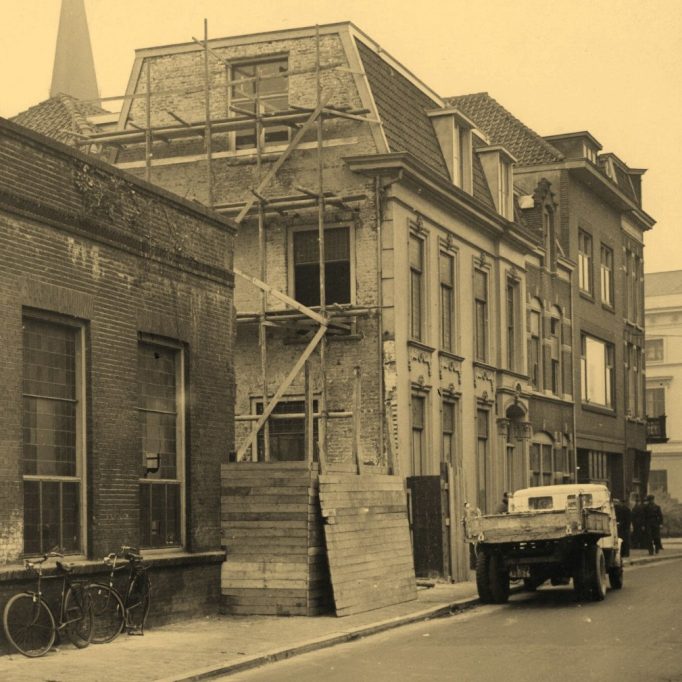 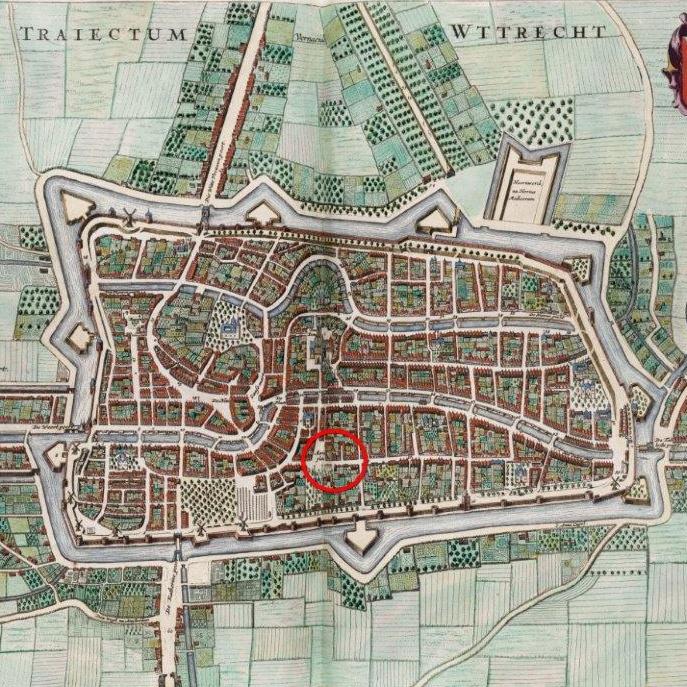 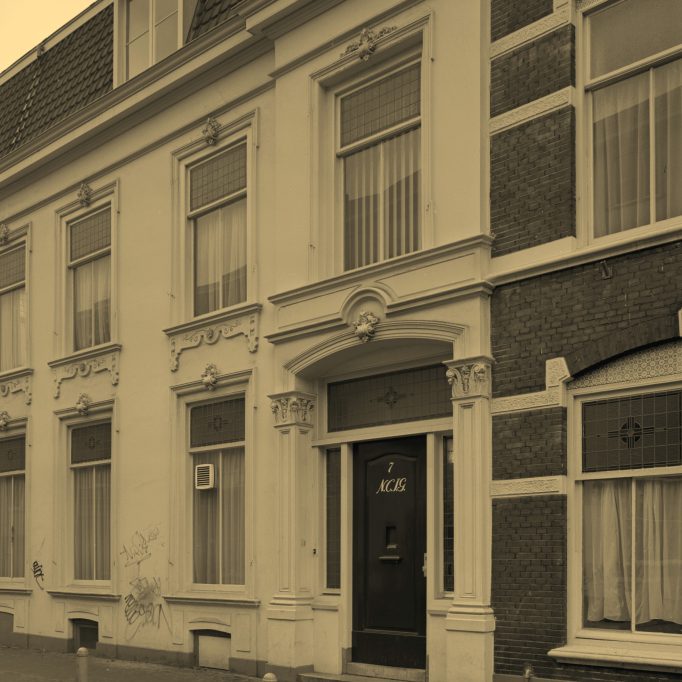 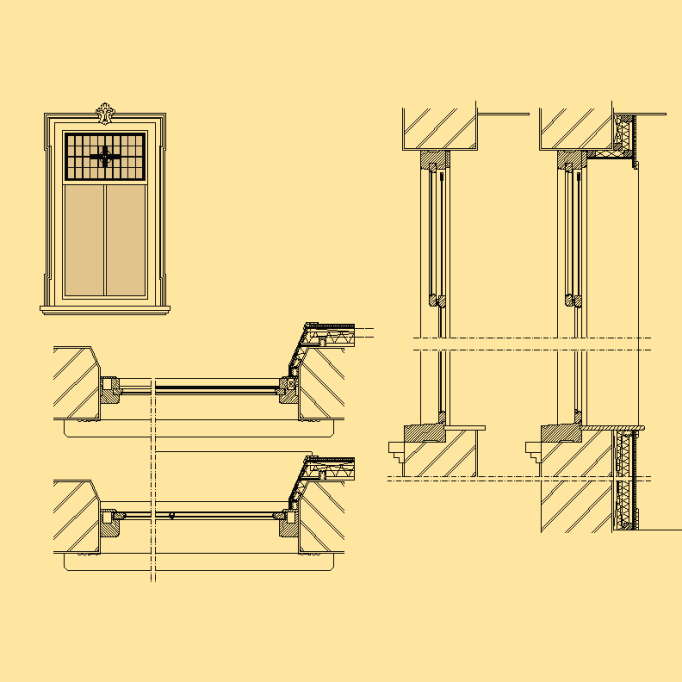